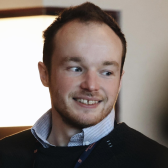 How to Make an Impressive Animated Landscape Header with jQuery

Content doesn’t always have to stay visible. Sometimes it can hide in the most unexpected locations.

In this tutorial we’ll start with a cartoon themed header, build two different states for content and animate a transition between them using jQuery.


This is going to be a big undertaking.

I’ll warn you now, there will be a lot of code to copy and paste. I will cover the essentials in the main tutorial, but in the interest of space I will not do a line by line analysis. If you’re in need of any additional help by the end, feel free to leave a question in the comments. Sound good? Let’s get going!

Before we start, let’s take a look at the end result. It’s a cartoon themed landscape with elements which slide out to reveal additional content. The screenshot below demonstrates the layout when fully expanded.

Step 1 – Get Your Files Organized

Just so we’re all on the same page throughout the tutorial, here’s a screenshot of my project file structure:

As you can see, you’ll need to make three main files for the CSS, jQuery, and XHTML respectively. We’re going to keep this as simple as possible on the file structure end.

You’ll also want to make a directory for Javascript plugins, and another for images. You can grab a ZIP file of the images used in this tutorial here.

For those interested, the RSS badge is from a tutorial on Photoshop Star, while the background starburst overlay comes from a great brush pack on myPSLink. The remaining images were drawn for this tutorial using the pen tool in Photoshop.

IE6 Disclaimer – Many of the project images above use the PNG format in order to have cleaner transparency. To keep things short, I will not be demonstrating the workaround for transparency errors in IE6. If this affects you, I recommend reading this article for a solution.

Step 2 – Bring on the Plugins

This project will make use of two different plugins along the way. You will need to download both and place them into the “js” folder under your project files.

The first is the jQuery Easing Plugin. As you’ll recall, it is responsible for making the motion in animations much smoother. In this case, for the sliding elements as they move in and out of sight.

The second is the jQuery Delay plugin by EvanBot. It allows for very easy to use time delays between functions. We’ll use it in this tutorial to coordinate and delay effects smoothly.

Step 3 – Build the Structure in XHTML

Notice the order in which the jQuery files are being loaded. The framework library first, plugins second, and then our code last. Try to keep a similar order to avoid any conflicts. Make sure to load the CSS above the javascript!

The layout is pretty straightforward. The header contains the foreground hill image, the welcome text, and the sliding content divisions. The content area lies directly below the header, and does not have an impact on the top’s animation. In this tutorial, we’ll use it as a place to house the animation toggle switch.


Step 4 – Order and Style with CSS

Copy this code into your CSS file, and then meet me below for an explanation.

Most of the styling above handles type and spacing, but there are a few important things to note:

Step 5 – Animate the Transitions with jQuery

The jQuery below will take the pieces we’ve put in place and make them work together in harmony. A detailed breakdown follows the code.

Remember that this header will have two unique states:

The delay plugin is used stop the animation from starting until 3.5 seconds after the page loads. This lets the viewer get their bearings, and read the welcome message before experiencing the transition.

The “buildingup” boolean keeps track of when the columns are being displayed (true) or are hidden behind the hills (false). An if statement triggered by the toggle link checks for the current state, and then proceeds to show or hide as needed.

Conclusion – Show us Yours!

As nice as the village landscape is, it is a very specific design and probably won’t translate directly to very many real world applications. The important elements are the use of z-indexes to stack layers, and jQuery to show and hide expanding content with animations.

This was a lot to cover, and I’m certainly liable to have missed something. Please don’t hesitate to tell me. Let me know what would help you understand this more, and I’d be happy to help.

If you end up building any great designs using these effects, be sure to share them in the comments. You have your challenge, now let’s see what creativity comes out of it.